05/1/2020: Whats written below was what was originally put on the Nags Head Y page on ECA, Some things that were not brought up besides updated pictures lol, was this was not an easy bowl to skateboard in, especially for beginners! Sure, plenty of people figured out the lines right away, Some kids are who they as a result of riding this park. But as you’ll see below in the original design, we were hoping for two separate bowls that would break up the session a little bit.  That said, when the bowl was finished, it was heavily session-ed from folks all over!  After a period of years, the surface of the bowl really went south. Abrasive, thin in areas, coping was always rusty the salt air environment really took its toll on this park. The street course became out dated, worn down, park management changed hands so much, nothing was really done about any of it. The Ymca eventually turned the park over to the town. The town has done zero capital improvements in 10 years!

If you show up with some soft wheels and low expectations, you’ll have fun! Watch the bikers, they still kill this park on the regular!

Old About:
There is a new skate park coming to the Outer Banks. The Town of Nags Head and the YMCA each put up a hundred grand. The Y is adding on to their already new Nags Head Facility. The membership interest far exceeded their expectations so they decided to upgrade the facilities. There will be a new additions on to the gyms, a new outdoor pool, and a waterslide with a giant fifteen foot deep pool. (nope, forget it, one foot trannies to vert.) Along with all this madness will be a skate park. It will be roughly 15,000 feet. The Y contacted some of the local skate crew and we helped them formulate a plan to get the most park for their money. After we talked shop for a while we decided that the park should be a hybrid of wooden/skatelite street elements and a concrete bowl area with lots of flow. Charley and Sam Buxton desiged the street course, with the help of Jesse Davis working the 3D computer drawings, to represent the latest in street course design. They decided to hire Marc Corbett (of Wanchese fame) and crew to build the street. Marc’s bid for the wooden/skatelite course was within budget and next we set out to hire the concrete crew. We contacted some of the country’s top park builders. Grindline of Washington state, Team Pain of Fl., Wally Holiday of CA, Woodstock of NY, and American Skateparks (Omer) of MD. In the end it was Grindline that came in within our budget and next came the design meetings. This would be Grindline’s first East Coast park.

We went over a couple of designs during these meetings. But it was in the field where most of Mark Hubbards mastery came into play. Being a pro skater himself he created bowls with tons of flow, creative lines and expertly laid out the transfers. In the end we will end up with something that will keep the kids around here busy trying to challenge them selves for years to come. Mixed with the street terrain there will be a good balance of obstacles that will help the new skaters graduate into strong well rounded skaters.

This will surely be a major plus to the area that has never had public skatepark. There is the exception of Barny’s Concrete Curl in the seventies, and the now closed Sandbox. I can only hope that some of the other towns in the area take notice and realize that building a free public skatepark (unlike all these crumbling ball fields around here) would be the positive influence that the kids in our small beach community could utilize fully. I have been to quite a few free public skateparks and can tell you they all were a success.

This will be a pay park with rules in order to keep the young guys safe. With that said most of you know the deal. Wanchese will remain supreme. Of course there will be no way to keep your wheels of of this concrete though. As you can see the lines are all over the place. I will update this page as the park nears completion. So come back for progress reports.

This here is the Build Photos and a few of the early session photos. There are plenty more for later albums, so check back. 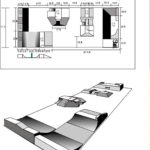 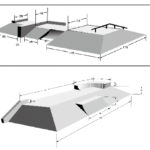 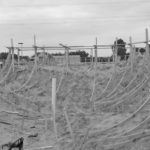 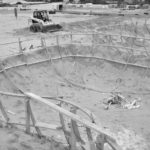 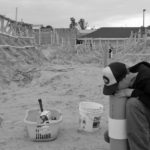 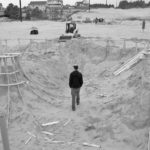 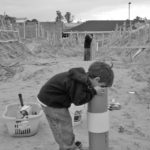 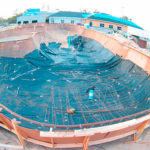 Laying out the rebar 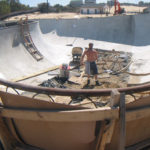 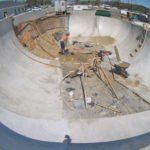 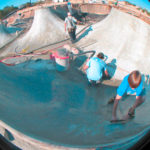 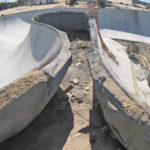 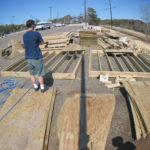 The street course was built in the parking lot, before the flat. 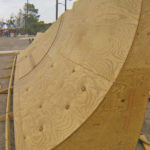 Some wild debates during these builds 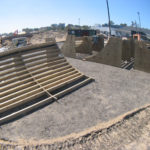 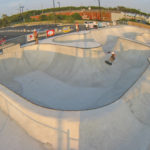 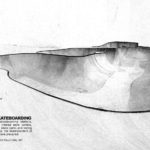 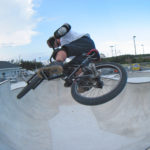 Chip and all the bikers blasted in this park. 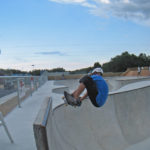 Weeks Ollie from hip to ext. 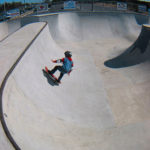 Skylar getting is first fakies at 7 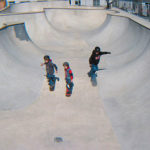 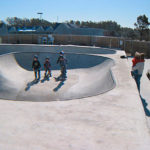 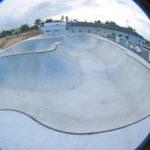 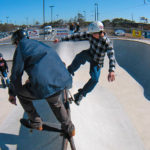 Some dork warmups with Sam Buxton and Weeks 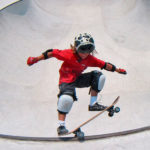 Lil Ronnie O’neil when he was 9.

Lil Ronnie O’neil when he was 9.

a high speed lift kit off the hip rob nelson 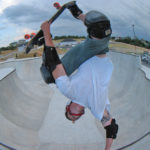 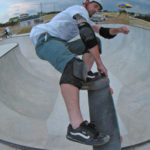 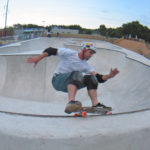 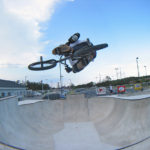 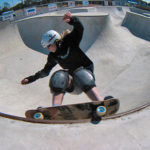 Ashley threw this up for fun.